This posting is a re-post from www.hamiltontransit.ca – an unofficial Hamilton transit resource.  Check out their original blog post here.

Routes 7 LOCKE and 8 YORK will be revised effective June 22nd. The changes will see service extended on Dundurn Street south to the Hilcrest Loop.

Route 6 ABERDEEN is unaffected by these route revisions and remains unchanged.

Service to and from the Hillcrest Loop will be covered by the new 8 YORK route. 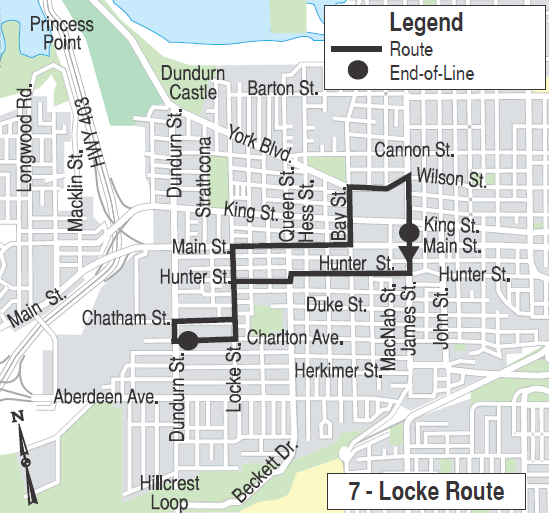 There will be no service provided on Lamoreaux Street between Dundurn & Strathcona, Dundurn St. between York Blvd. & Head Street and York Blvd. between Strathcona & Dundurn. 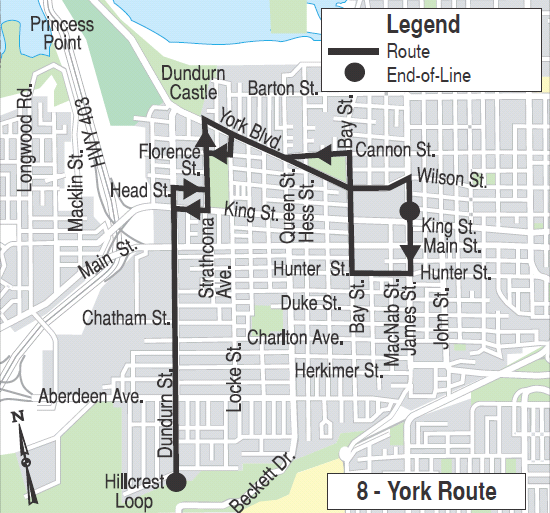 Stops no longer serviced due to the route changes:
Eliminated Westbound Bus Stops